Farewell and thank you to PGI 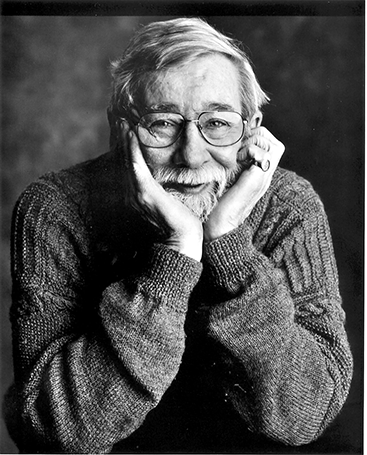 After 36 years, we bid farewell to the Peter Gzowski Invitationals for Literacy (PGI) at the end of 2022. The Peter Gzowski Foundation for Literacy (PGFL) has followed the changes in fundraising and capacity over the years and has decided that their financial support can be better used to help literacy programs directly rather than supporting fundraisers. We look forward to seeing the new shape that their work takes.

In 1986, Peter Gzowski, host of CBC Radio’s Morningside, pledged to raise one million dollars for literacy projects through golf tournaments. The first PGI in the NWT took place in Yellowknife in 1990, the same year the NWT Literacy Council was formed. Peter was an active promoter of literacy up until his death in 2002 and inspired many Canadian celebrities to join the cause. In 2002 the PGFL was formed to continue the work started by Peter. Since 1986, PGIs have raised over 15.75 million dollars for literacy programs across the country.

Peter and friends travelled around the country playing in charity golf tournaments. Each tournament looked a little different and connected with the local culture of the area. A special feature of the NWT tournaments was that they were often played on special courses, including a mini-putt course with a muskox head hazard in Ulukhaktok, and an ice course at Yellowknife’s Snowking’s Winter Festival! Even at temperatures of -50 in Inuvik, people still came out to play golf.

Along with the golf tournaments, PGIs celebrated the hard work of adult learners and literacy professionals and featured musical and poetic entertainment. A lot of great memories have been created during NWT PGIs over the years. Many adults remember fondly when the late Mr. Dressup (Ernie Coombs) visited their community elementary school; and aspiring rappers have gotten to test their writing with J-Roc (Jonathan Torrens) and Godson (Aaron Hernandez).

At PGI concerts, NWT audiences have enjoyed Dene Love Songs sung by Paul Andrew and George Tuccaro, along with the soulful sounds of Russell deCarle, Connie Kaldor and other Canadian musicians. Richard Van Camp, Fran Hurcomb, Jamie Bastedo, Tiffany Ayalik, the late Rene Fumoleau and many other NWT writers joined the PGI over the years. PGI events in the NWT have also included a virtual trivia night, bowlathon and dodgeball tournament.

Looking back at the projects funded around the NWT has been inspiring. PGI-raised funds have supported literacy activities in every region of the NWT. Since 2009 we have funded 85 community-based projects with $85,555, including:

In 2019, 2021 and 2022 we focussed our fundraising efforts on NWT Literacy Council activities, including our Bison Bus Mobile Family Literacy Centre and Dolly Parton’s Imagination Library (DPIL). In those three years we were able to raise $18,000 for the Bison Bus and $10,000 for DPIL. These funds will help us visit more communities with the Bison Bus, along with having more literacy games, activities and books on board. The funds raised for DPIL will help us to expand the program and sustain it in future years.

We have so many people, businesses, and organizations to thank for the success of PGIs over the years. We truly could not have done all of this work without an endless list of volunteers and past and present NWTLC staff. Corporate sponsors who donated prizes, in-kind support and cash cannot be thanked enough. We are equally grateful for all of the NWT residents who came out to play golf, bought tickets to concerts, raised pledges to dodge balls, or paid to try their luck at bowling a strike.

In particular, we would like to thank our 2022 sponsors:

As the Peter Gzowski Foundation for Literacy transitions to supporting projects directly, we would like to extend a big thank you to their Board. Each year, PGFL has brought all of their provincial and territorial partners together for a forum, which has been such a valuable opportunity to connect and share ideas. PGFL has also provided logistical and financial support to each PGI event, including in 2020 when we all had to cancel our fundraisers due to the pandemic.

We bid farewell to PGI with the words of our 2006 poets: Shelagh Rogers, Alison Gzowski, Jonathan Torrens, Mike Stevens and Connie Kaldor.

And then the whole west wing

But that’s not the best thing

Who played on the course today really quite dandily

A warm bunch of golfers surrounded by ice holes

It was Gzowski’s idea to come play in the North

But golf on the ice?.. that’s not a sporth

Until Brad, Cate and others came forth

And a company named First Air lent their supporth

We putted, we played, we laughed til we cried

We gorged on bannock and raised money with pride

From Alison, Shelagh, Mike, Connie and me

We’re honored to be part of literacy in the NWT