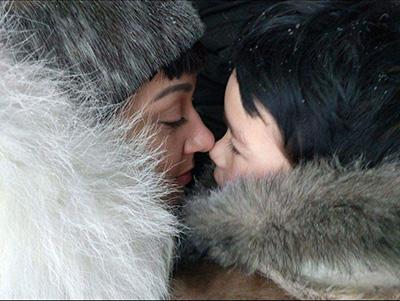 I grew up in Yellowknife, Northwest Territories, before Nunavut had become its own again. Although many Inuit lived, and still live, in Yellowknife, most of my family live in the Kitikmeot and Kivalliq regions. I grew up hearing Inuinnaqtun and Inuktitut dialects all the way from the western to central to eastern arctic. Among the many dialectal differences, one of the main ones is whether you use an ‘h’ sound or ‘s’ sound in certain words. For example, “huvi” or “suvi” for “what?”

Growing up with family from so many different regions, I felt torn about which dialect to practice. The choice began to eat at me. Where did I belong most? Which dialect should I focus on? I couldn’t choose and the dilemma managed to interrupt my learning for many years. People from the west would correct me when I spoke central Inuktitut, and people from the central arctic would correct me when I spoke with a western dialect. By the time I was a teenager, I felt completely overwhelmed and decided to throw in the towel. “Fine,” I said, “I won’t learn at all then.”

Many years later I had my first son, and then a second. What about them? Won’t they wish to learn? I felt guilty about them not learning, and me not practicing, until an incident happened at school with my youngest son. That story is for another day, but because of it we began our homeschooling journey. Suddenly I realized I could begin Inuktut classes with them in place of French. I thought to myself, why teach them two colonial languages when they can’t even speak their mother tongue?

Suddenly I was faced with that dilemma again. Which dialect should I teach them? Where would we start? I puzzled over this for weeks. After breaking it down in my head and on paper over and over, I finally decided we would practice Inuinnaqtun as a family. I spent most of my time in Nunavut as a kid in the Kitikmeot, and my younger sister had been learning Inuinnaqtun for some time. When I considered that there are so few speakers of Inuinnaqtun left who are under forty years old, it felt like the obvious choice.

We downloaded the Inuinnaqtun app, which has been a crucial part of our language journeys, bought the Inuinnaqtun-English dictionary, and my sister made flip cards for us all to practice with. The kids are learning much faster than I ever did. Maybe its because they didn’t have to wrestle with the dilemma. Whatever the reason, it soothes my heart and soul to hear Inuinnaqtun being spoken in our house once more. 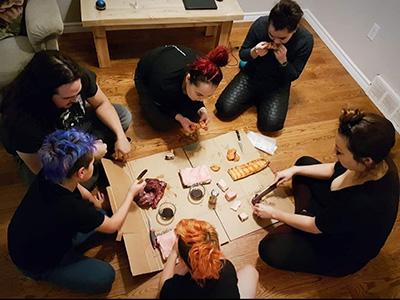