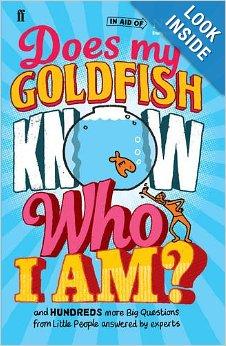 Here are the books that folks at the NWT Literacy Council are giving, or hope to receive, this Christmas.

Saints of the Shadow Bible, by Ian Rankin
I love detective stories.  As a Scot, I really like Ian Rankin’s books about John Rebus, a crusty detective from Edinburgh.  I was disappointed when Rankin, who has won many awards for his books, announced there would be no more Rebus books.  However, there now is!  Saints of the Shadow Bible brings Rebus back, when the police reopen a 30-year-old case and Rebus’s team from back then is suspected of foul play.  Does Rebus have anything to hide? What will Malcolm Fox, who’s leading the investigation, find out?  Can’t wait to see! – Helen Balanoff

Baby Beluga, by Raffi Cavoukian
I love this book and song, and so did my children.  I’m now giving it to my grandchildren.  Kavna, a beluga whale that Raffi saw at the Vancouver Aquarium in Vancouver, BC, inspired the song, considered by many to be Raffi’s greatest hit.  This is a good way for children to learn words and enjoy singing a song.  – Pat Ilgok

The Blade Itself, By Joe Abercrombie
Book one of The First Law series; this is a story of war, tyranny, and magic.  We follow a band of reluctant heroes including a fierce northern warrior, a deranged inquisitor, an arrogant nobleman, and a mysterious magus.  It’s a character-driven story filled with characters we love to hate and internal conflict.  I plan to give this book to a friend of mine who craves new and interesting fantasy stories as much as I do.  – David Buchanan

Stuck, by Oliver Jeffers
This book is about a boy who tries to solve a problem by throwing things at it.  Both children and adults will find this story hilarious and endearing.  Oliver Jeffers has quickly become one of my favourite authors, as he fills his stories with comedy and interesting characters.  I plan to give this book to a friend of mine whose little boy is in grade one.  – David Buchanan

Fakebook, by Dave Cicirelli
This Christmas I am giving Fakebook, by Dave Cicirelli to my brother-in-law who loves a good laugh!  The book is a true story, based on lies.  The author created a fake online life, sharing stories of wild adventures around the world.  We all have that friend from high school whose Facebook statuses from all over the world make us jealous.  This book poses a big question to ask in our digital age, how do you know if what your friends posts online is their real life?  – Katie Randall

Does My Goldfish Know Who I Am, by Gemma Elwin Harris
I am adding this book to my wish list.  The book is a collection of “primary school children’s funny, poignant, innocent, yet insightful questions about science and how life works”, answered by respected scientists, artists, and “great minds”.  The questions range from what the purpose of science is to whether spiders can speak, and include why do we cry, what do newspapers do when there is no news, and why do we have books.  Excerpts from the book show that the great minds answering the questions know how to talk to kids, and the rest of us who don’t know the answers.  The book is illustrated with whimsical line drawings.  Last, but not least, a children’s charity will receive more than half of the proceeds from the book.  – Marianne Bromley

Nighthawk, by Jamie Bastedo
As a biologist turned storyteller, it is a natural fit that Jamie sculpts a story about a bird.  The themes are family, friendship, courage and perseverance, juxtaposed with our ever-changing world.  The reviews are great, and the story moves along at a fast pace, making this a satisfying Christmas read.  – Cheryl de Forest

Save With Jamie, by Jamie Oliver
My second pick is the latest offering from food writer Jamie Oliver.  The cover says it all.  Shop smart.  Cook clever.  Waste less.  Plus you get some wonderful time saving tips, good, everyday recipes, meals you actually have the ingredients for, and really yummy pictures.  You have to eat to live; you might as well enjoy the process.  – Cheryl de Forest

I am Malala, by Malala Yousafzai
Malala Yousafzai was 15 years old when she was shot by the Taliban for speaking out and fighting for her right to attend school.  She’s the youngest nominee for the Nobel Peace Prize and has become an inspiration for people around the globe.  This book is a great pick for the teen in your life.  – Kathryn Barry Paddock

An Astronaut’s Guide to Life On Earth, By Chris Hadfield
Chris Hadfield was 9 years old when he decided to become an astronaut.  In this book, Hadfield describes the focus and commitment he parlayed into an amazing career that captivated millions of people at home and abroad.  This book is a great pic for anyone who followed Hadfield’s journey.  I am hoping to inspire a special tween with his story.  – Kathryn Barry Paddock

The Orenda, by Joseph Boyden
This is a powerful account of the war between the Huron and Haudenosaunee, or Iroquois, in what is now southern Ontario.  It really brings home the gulf between the French and the Huron through narratives by a Jesuit missionary, an Iroquois girl kidnapped by the Huron and a Huron warrior.  I liked the complexity and multi-dimensional nature of the characters.  There is no black and white in The Orenda.  It brings a perspective to the story of the martyred Jesuit priest, Father Jean de Brebeuf, different from the Catholic one I remember from childhood.  I know my sister will be happy to read this epic Canadian story, in spite of the disturbing descriptions of ritualistic torture.  – Aggie Brockman.