Standardised Dene: Yes or No? 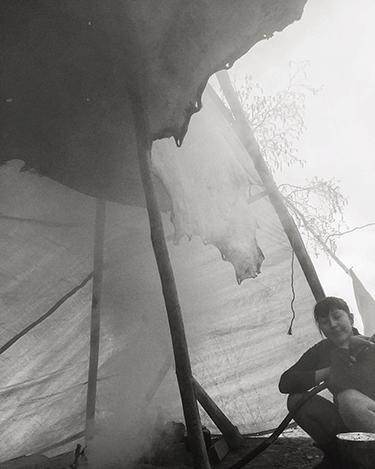 Politicians loudly and proudly declare their support for language revitalization. CBC loves a good fluff story about a young person learning their language. The public school system claims they have integrated Dene and Inuit languages and culture into the classroom (Dene Kede and Inuuqatigiit). Yet I can only count a handful of youth my own age (24) who can understand, let alone speak, their native tongue. We are not raising the next generation with their Indigenous languages.

The only data I can find on Indigenous language rates in the NWT are from census (the accuracy of that data is another conversation), and I think it would be more helpful to see a breakdown of the age ranges of speakers. I believe that if we don’t make radical changes to the language programs and learning opportunities, we will be in a very sorry state in 15-20 years. My suspicions are that most speakers are over the age of 65 and we will see a massive decline as they begin to pass on. This is a time sensitive issue we are dealing with and it requires fast action.

A controversial idea is to standardise the written Dene language. There are two sides to consider. One is that we must teach and maintain the regional/community dialects so as to not dilute the cultural teachings encoded in the language. The other side argues for a standardized Dene language. This means written materials can be mass-produced and dispersed. Of course, written standardization implies a loss of regional dialect. But this is untrue. We can look to Germany, which has standardized its writing in government, media, and in schools. Students read and write in Standard German yet maintain strong spoken dialects. Can this be achieved in Denendeh?

We have a limited amount of money allotted to Indigenous languages across the territory. Would we be better off developing standardised teaching materials and books to free up money for innovative immersion learning programs? Who knows? I’m just a frustrated young Dene with limited linguistic education and a dream of speaking Dene Zhatie to my children.